David Beckham had another sport-filled weekend, taking Cruz and Romeo to watch Nashville Predators v. Los Angeles Kings at the Staples Center on Saturday, and then taking to the pitch on Sunday to help the Galaxy beat Chivas USA 1-0 in their MLS Western Conference semi-final match. David showed off his new haircut, which is similar to Cruz's cool 'do, and then showed off his torso as he stripped shirtless at the end of the game. As the Galaxy are through to the cup final on Friday, David will have to miss England's friendly against Brazil. He'll be back playing in Europe in 2010 thanks to his AC Milan deal, and he's said the loan won't anger his Galaxy teammates: check out a video of David's interview after the jump. 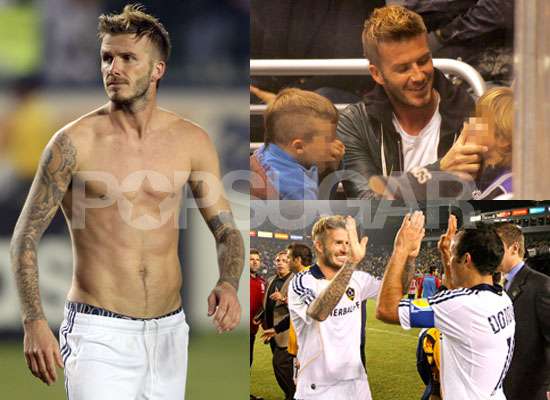