David Beckham gave another great performance for AC Milan yesterday in their 3-0 win against Lazio at the Olympic stadium in Rome; so much so, that he's been included on their Uefa Cup squad list. After watching AC Milan's mid-week match, England coach Fabio Capello is also impressed with David's form as he considers whom to include in the squad for England's friendly again Spain on 11 Feb. All of this positivity has increased the rumours that David hopes to stay in Italy for good, with reports now saying Victoria has given him the green light and will move her dVb design studio to Milan, although she will stay in LA with the boys. It is also being reported that it will cost AC Milan £15million to bring David on permanently. Wowzers. 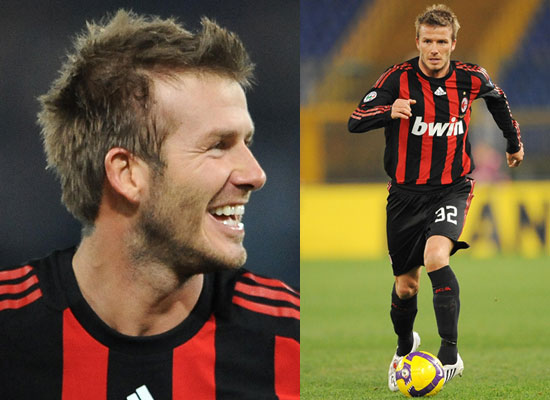