David Beckham took to the pitch at Wembley Stadium last night for the last ten minutes of England's 5-1 victory over Croatia, which secured the national side a place in the World Cup in South Africa. During a press conference this week, Becks confirmed he will return to Europe in the MLS off-season. While he ruled out a move to Notts County, there's still a chance he might play in the Premier League, although AC Milan remains confident David will return to Italy. In an interview with Paula Adbul's replacement on American Idol, Ellen DeGeneres, David explained that he plays in Europe to help his chances of playing in the World Cup next year: you can watch the full interview after the jump, with Victoria and the boys in the audience! While a return to Europe looks certain for David this Winter, Victoria has been telling Elle US how much she loves LA and American TV shows. She certainly makes the most of invites to glamorous parties, and has arrived at JFK Airport in New York for Fashion's Night Out tonight. 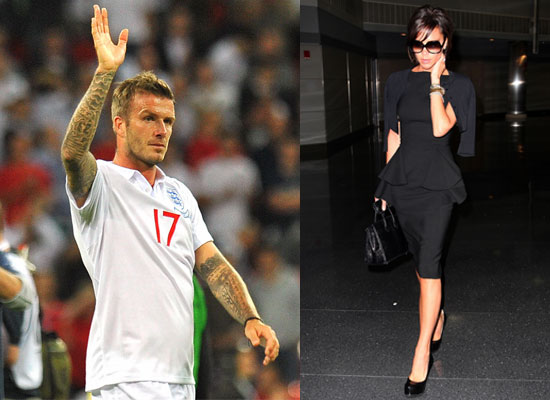