David Beckham helped England to a 2-2 draw in their friendly against the Netherlands at the Amsterdam Arena last night. Attention turned to David's future, following Fabio Capello's reminder that Becks must play in Europe to secure his place in the World Cup. AC Milan have shown interest in David returning to the club in the Winter, and Becks spoke about the situation after last night's match — check out the video after the jump. He said: 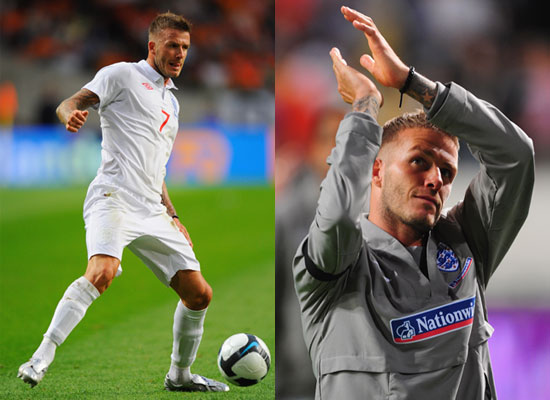 When asked about a return to the Premier League, David said: "I'm not sure. You never know. I'm not going to say it will never happen, but I enjoyed my time in Milan and they have expressed that they would like to take me back. AC Milan are one of the best clubs in the world, but I have quite a few months to decide on that." Come back to the UK David!

To see David's interview, plus more pictures of Becks in action on the pitch, just read more.