David Beckham was full of smiles as he warmed up for England's friendly against Spain in Seville last night, and then got his game face on for the match itself as he waited on the bench before being brought on for the second half. His landmark appearance provided David with his 108th cap, meaning he has now equalled Bobby Moore's outfield record, but he also got booked for dissent towards the end of England's 2-0 defeat. Victoria's been busy jet setting between the UK, Europe and the US, and if David's AC Milan loan becomes permanent she'll certainly increase her air miles. We should know for sure tomorrow, as the MLS commissioner has given a deadline of Friday otherwise he won't approve the transfer. David may have to help fund the financial settlement himself, but would get a lucrative contract for at least 18 months. 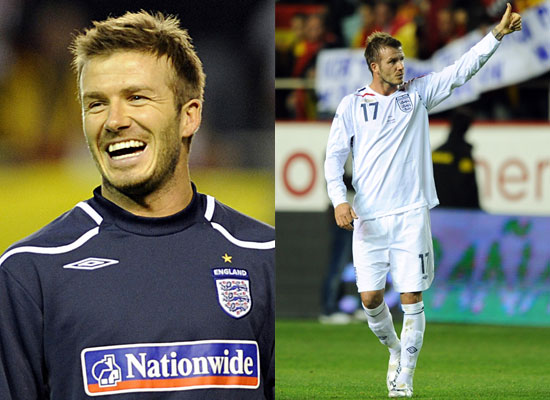 To see more pictures of David and the England team, just read more.