David Beckham showed off some acrobatics on the pitch during LA Galaxy's 1-1 draw against the Kansas City Wizards in Kansas City on Saturday, while Victoria showed off a new hair do in London. Following David's altercation with a fan at the Galaxy's last match, he once again approached the crowd during the team's latest game, when a fan in an England shirt reportedly made a comment about Victoria. After the match David said: "He shouldn't actually be wearing that shirt because what he was saying about my wife was a disgrace". David has said the booing "doesn't matter" to him, so let's hope he can rise above this latest incident too. 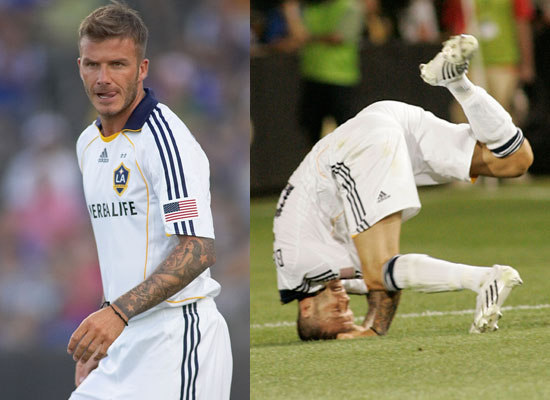