David Beckham gave the San Siro crowd a manjoyment treat when he stripped shirtless after AC Milan's 3-1 victory against Atalanta in Italy yesterday. While David was showing off his torso, Victoria was also flashing her new look chest, as she wore a low cut jacket and Louboutin heels to a private party in Beverly Hills over the weekend. Sunday's win has helped raise David's spirits after his team's loss to Manchester United earlier in February, and he's looking forward to playing on his old pitch again on 10 March, saying: "I’ve played there for seven years and it will be really exciting for me to go back to Old Trafford". 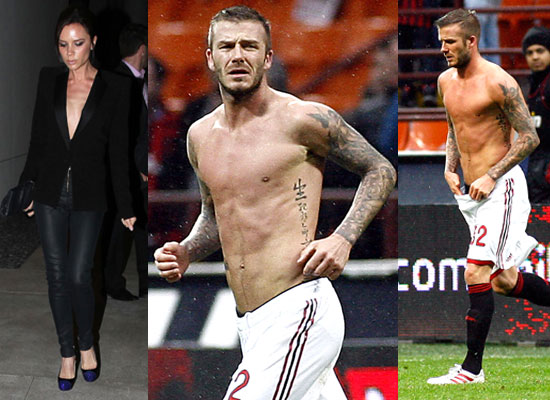 To see loads more pictures of David with his top off, just read more.