David Beckham showed off his gorgeous physique when he stripped down shirtless after AC Milans's 3-0 win over Juventus at Turin Olimpic Stadium yesterday. He even treated fans to a glimpse of his underwear as he changed shorts on the sideline! We'll get to see Becks playing back on his home turf in March when AC Milan play Manchester United at Old Trafford, and Alex Ferguson has said David can expect a great response from the fans. David will also get the chance to visit the bulldog Victoria gave him for Christmas, as he had to give the dog to Gordon Ramsay to look after because neither he nor Victoria could take care of the pooch. 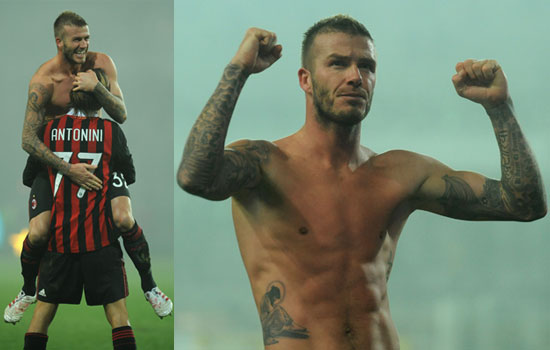 To see more pictures of David in all his shirtless glory, just read more.