David Beckham looked relaxed and happy as he posed with a giant teddy bear at a fundraiser at the Children's Hospital in Los Angeles yesterday, having worked out some aggression on the football pitch at the weekend. Kids in the UK also love David, as they have named him their number one role model in a poll conducted by The Children's Society. His mood must have also been lifted by Victoria's praise during her appearance on The View, where she called him "a really amazing father and a really great husband". 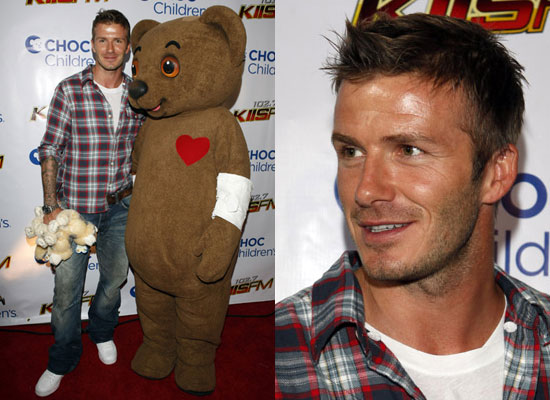 To see more pictures of David with teddies and Shakira, just read more.