After his hilarious Comic Relief sketch, David Beckham was hard at work training with his England teammates at London Colney in Hertfordshire and meeting injured servicemen yesterday, ahead of England's game against Slovakia on Saturday. Becks must be thrilled to have made it into the 24-man squad for England's World Cup qualifier against Ukraine on 1 April too. He's also in demand off the pitch, as Grazia reports a group of Italian WAGs have a £20,000 bet on who can seduce David first! We saw just how popular he is with Italian women at a charity event last week, but it looks like David only has eyes for one woman. 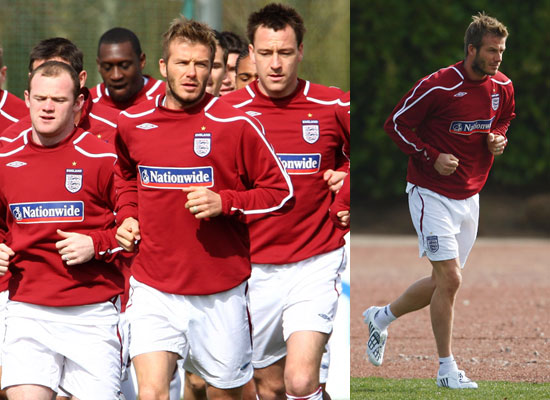