David Beckham went for casual style while Victoria Beckham was her trademark glam self at the launch of David and James Bond's Adidas Originals at the Adidas store in Los Angeles yesterday. Becks apparently dressed up as a Star Trek character for the latest Adidas advert, and was joined by Noel Gallagher for the shoot in London last week. While David doesn't have to speak much in these ads, reports suggest he's concerned about his voice, and both he and Victoria are reportedly taking elocution lessons in an attempt to be better understood when they appear on TV in the States. Do you think they need to change their voices? 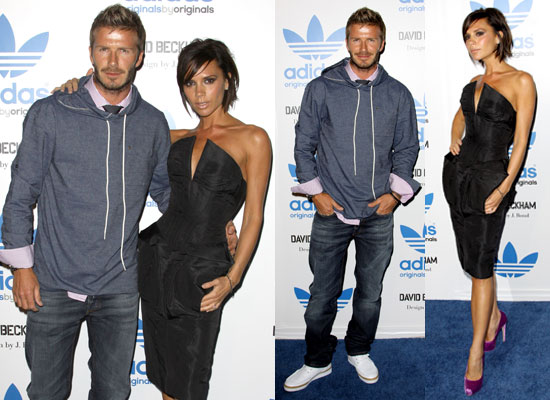 To see more pictures of the Beckhams, just read more.