David Beckham may have had his serious game face on for AC Milan's friendly against Qatar on Wednesday, but I'm sure he's grinning from ear to ear now, as Sky Sports News reports an agreement has finally been reached between AC Milan and LA Galaxy, which will allow David to remain with the Italian club until the end of the season. He will then return to the Galaxy. Becks was due to return to LA Galaxy on 9th March, but has repeatedly spoken about his desire to stay with Milan. Although the Galaxy had been reluctant to grant David his wish, it appears now that the clubs have come to a compromise, with Becks staying at Milan until the start of June, before going back to America for the second half of the Major League Soccer season, and then returning to AC Milan for next season. Congrats David! 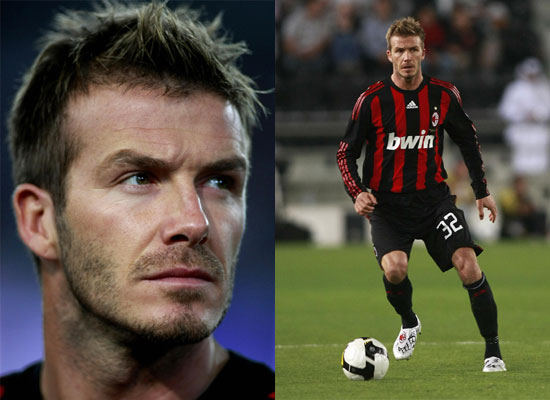