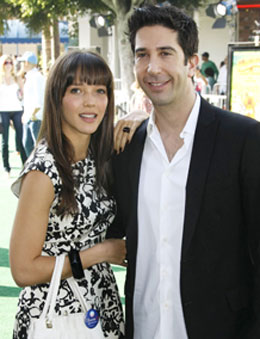 Friends star David Schwimmer has got engaged to his British girlfriend, photographer Zoe Buckman, his rep has confirmed.

The couple reportedly met in London in 2007 while David was directing Run Fatboy Run, and Zoe was working as a waitress and served David's table at Cuckoo Club in the West End.

Like another recently engaged pair, there is quite an age difference between 43-year-old David and 24-year-old Zoe. Congratulations to the happy couple!