David Tennant was out in London last night with his girlfriend and ex-Doctor Who costar Georgia Moffett at the theatre to see Speaking In Tongues starring John Simm. The couple were both beaming as they left after the play alongside other celebs like Catherine Tate and Simon Le Bon. David's got another challenge coming up as he's to host a radio show on Absolute for a week in the lead up to his final appearance as the Doctor in the hit BBC series. He'll cohost with breakfast host Christian O'Connell from 6-10am for a week in November! Will you be tuning in? 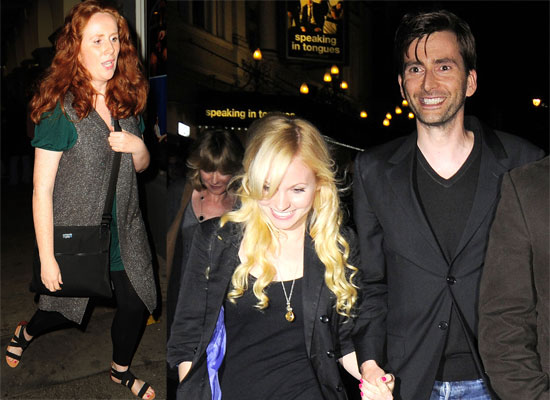