David and Victoria Beckham left the south of France yesterday after spending the past week there on holiday. It's been reported that Victoria has been recovering from plastic surgery she had three weeks ago to reduce the size of her chest, and she's been spending some quality time with her husband and sons. The couple are selling their home in France and currently house hunting in London, while David ends his six-month stint with Italian football club AC Milan, rejoining LA Galaxy on July 11. Meanwhile, he has accepted libel damages from the Daily Star newspaper which claimed he "made a play" for model Mariann Fogarasy, though he wasn't at the High Court in London today for the settlement. 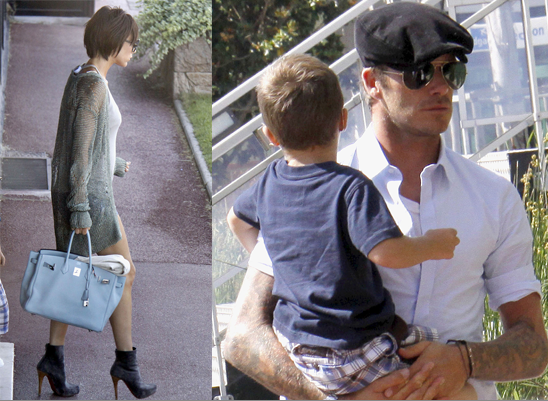