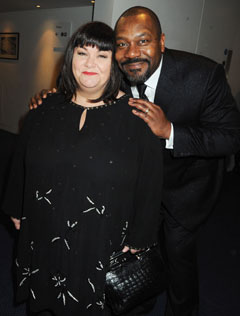 Dawn French and Lenny Henry have confirmed they have split up. The comedians met in 1980 when working together on Comic Strip, married in 1984, and adopted a daughter, Billie. Their spokesman said:

"Lenny Henry and Dawn French are sad to announce they have decided to separate after 25 years of marriage. They made the decision last October and since then have been living together in constant, open and honest discussion. The separation is entirely amicable and they fully intend to maintain their close friendship. Their priority is to commit to the future joint parenting of their daughter."