Dev Patel and Freida Pinto were out in London last night, at the Hermes / Liberty Pop Up Shop party in the capital. Having played a couple in Slumdog Millionaire it's great to see that their off screen relationship is still going strong in real life, despite their efforts to play it down until recently. Freida's been filming in London lately, working on the new Woody Allen movie, while we'll have to wait until August 2010 to see Dev on the big screen again as M. Night Shyamalan's The Last Airbender isn't set to be released until then. Still, it's fab to see them looking so happy together! 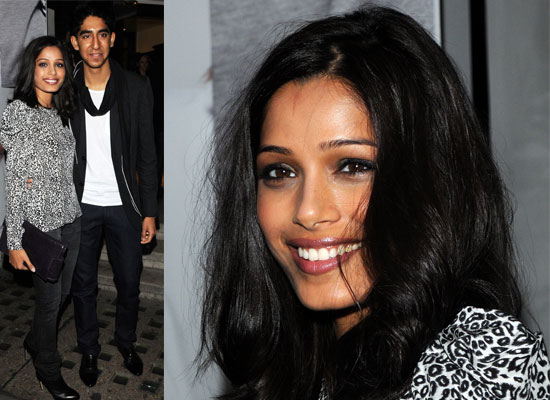