British director Danny Boyle's latest movie Slumdog Millionaire swept the board at the Critics' Choice Awards last night, winning five awards including Best Picture, Best Director, Best Writer and Best Composer. Best Young Actor/ Actress (under 21) was won by the movie's star Dev Patel, who you'll most likely know best for his part as clueless Anwar in Skins. Dev didn't make it to the awards last night, as he's in London promoting the movie, but no doubt he'll be blown away by the movie's success! I'd highly recommend you go and see the film, it's out today in the UK and it really is fantastic, emotional and heartwarming — a general all-round good movie! Check out the trailer before you go, and my girl Buzz's thoughts when you get back! 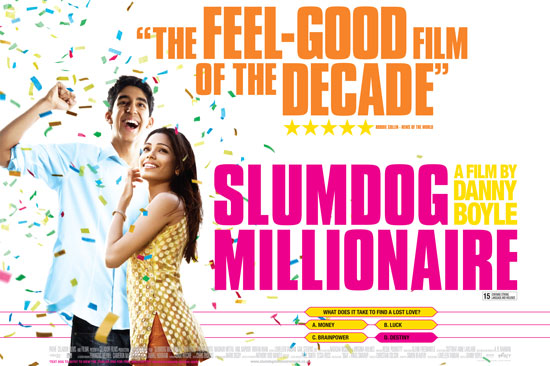 To see many more stills from the movie, as well as director Danny Boyle talking about the film's success at the Critics' Choice Awards last night, just read more