Diana Vickers was full of smiles yesterday at Radio One as she celebrated her debut single "Once" getting the number one spot. The X Factor star brought a box of doughnuts to toast her success, and tweeted: "OMG OMG !! NUMBER 1 we DID IT!!!!". She's already moved on to her second single, and tweeted about the photo shoot this morning. Diana was at Radio One's Maida Vale studios at the end of last week to perform a Live Lounge session, singing "Once" and a cover of Snow Patrol's "Just Say Yes": watch videos of both after the jump. 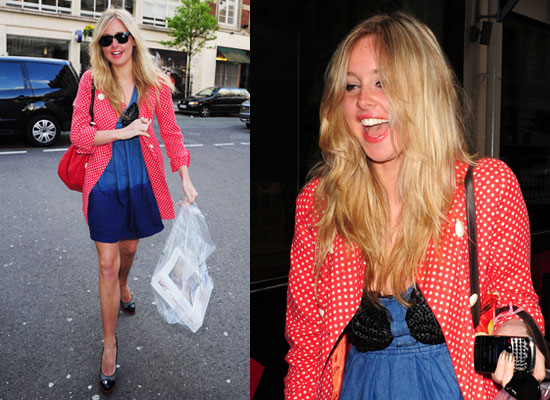