The gorgeous Joshua Jackson and Diane Kruger were in London last night for a champagne reception for Diane's new film Anything for Her at the Cine Lumiere. In the film, which is released in the UK on 5 June, Diane plays a woman whose husband goes to extreme lengths to prove her innocence when she is imprisoned for murder. Diane and Josh will no doubt cross the Channel to France now, as Inglourious Basterds is due to premiere in Cannes on 20 May. 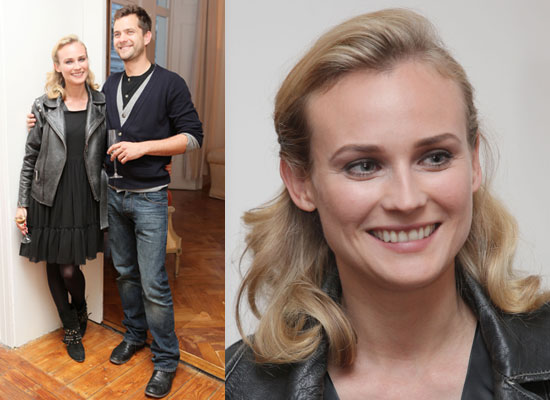