Dominic Cooper and Amanda Seyfried wore big smiles and matching all-black outfits at The Ivy in London last night. We first spotted the couple on a date in January, and after their appearance at the Oscars I'm pleased to see the Mamma Mia costars are still going strong. Dominic will be on our TV screens in June in a BBC drama about banking alongside Girls Aloud's Sarah Harding. He'll also be treading the boards in June in Phèdre at the National Theatre alongside Helen Mirren. I'm looking forward to seeing more of Dominic, are you? 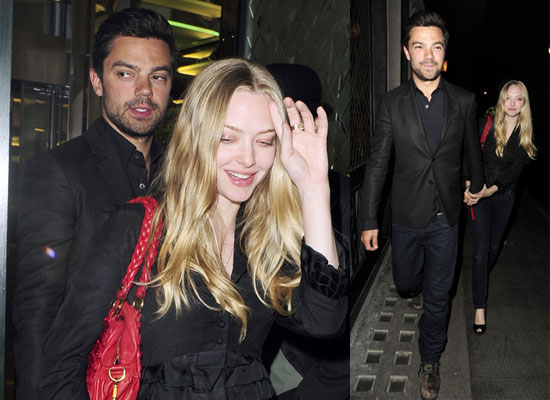