Drew Barrymore was beaming with pride on the red carpet last night at the LA premiere for Whip It, her directorial debut! Stars of the movie Ellen Page, Zoe Bell, Landon Pigg, Juliette Lewis, Eve and Alia Shawkat joined her to pose for photographers and were all hugging each other at the afterparty, while Kate Beckinsale and Len Wiseman hung out with Drew and her man Justin Long. Drew's ET director Steven Spielberg also joined her on the red carpet and saw the film for a second time as he was one of the first people that she screened it to. 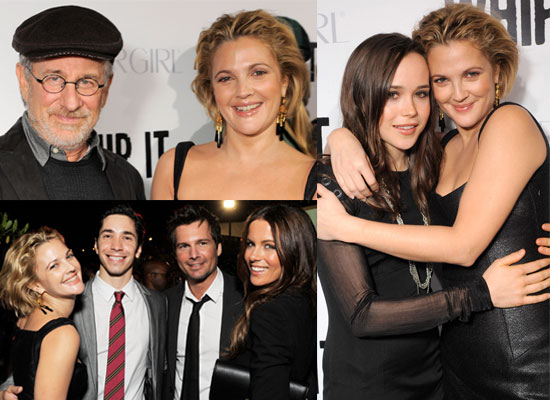 To see more photos of Drew, Ellen and the rest of the cast and guests, just read more.