Gossip Girl stars Ed Westwick and Jessica Szohr were in Chicago yesterday at the launch party for Target's first pop-up store. Ed looked rather handsome and casual as he talked to reporters alongside his costar and girlfriend Jessica — I adore her necklace! While in the UK last week, Ed told T4 his tricks to make people think you're American, which he certainly seems to have perfected while playing Chuck Bass on the ITV2 show, so check out the video of his three main rules after the cut! 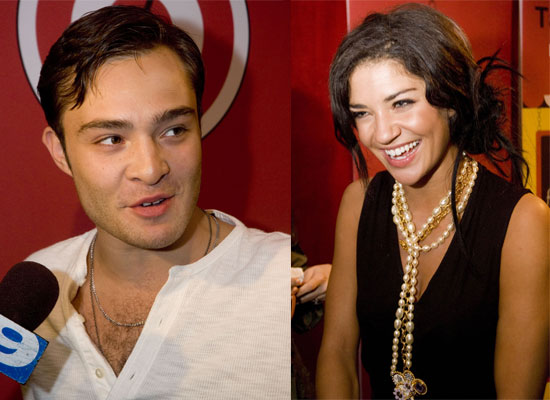 To hear Ed's three ways to be American — sadly these won't help you perfect your accent — just read more.