Ed Westwick was looking pretty cold as he filmed an episode of Gossip Girl in New York yesterday alongside actress Laura Harring. They're still filming the third season of the show at the moment, which is airing on ITV2 on Wednesday nights in the UK! If you haven't voted in my Best of 2009 polls yet you can show your support to Ed by voting for him as Best British Actor or checking out my hot new couples of the year slideshow! 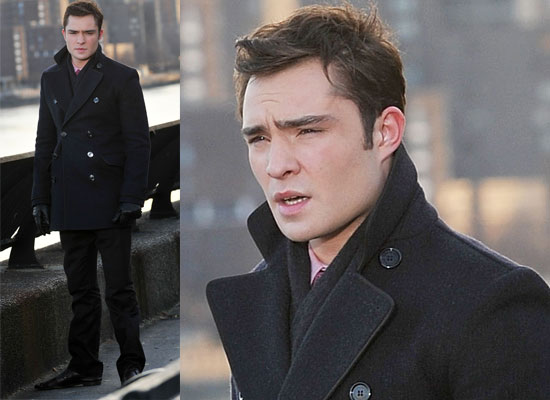