After the awards had all been given out at the Elle Style Awards last night it was time for the stars to party! Supergrass played a set, and Daisy Lowe danced with pals Alexa Chung, Pixie Geldof, Jaime Winstone and Miquita Oliver to her stepdad Danny Goffey's band. Mary-Kate Olsen, Nicola Roberts and Kristen Stewart were happy to pose for some photos, and there was a My So-Called Life reunion as Angela chatted to Jordan Catalano... or Claire Danes chatted to Jared Leto! Kylie, Claire and Agyness wrapped up warm in their coats as they left the venue, while Henry Holland, Miquita and Pixie shared a cab home. 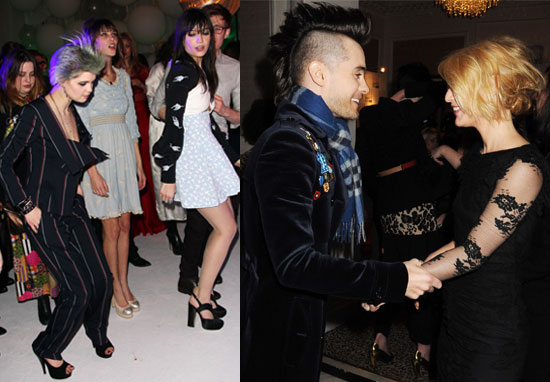