Drew Barrymore premiered her directorial debut Whip It this weekend at the Toronto Film Festival, and yesterday she took to a stage to answer questions about the experience along with her cast. Ellen Page stars in the film as a bored teen who joins a roller derby, alongside Eve, Landon Pigg, Juliette Lewis and Drew herself! With a black tipped bob and bright blue fingernails, Drew was looking eyecatching and quirky at the conference — BellaUS wants to know if you love or hate her look — and she talked about her first directorial role, saying: 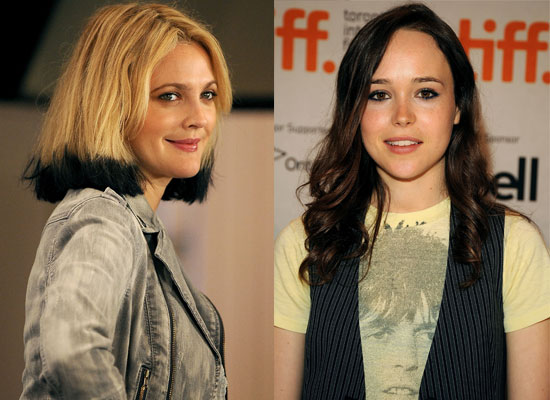 "I've been producing for 15 years, and it's all been preparing for the big test. I really care so much about what I do, and I love filmmaking so much. I love every detail and every aspect of it. I think slow and steady wins the race, too. I didn't need to direct when I was 21. I wanted to produce and learn about the filmmaking process and understand every element going into it, so that by the time I did direct, I was as knowledgeable and well-prepared as possible."

I'm looking forward to seeing it when it comes out at the end of the year, are you?