Emily Blunt was at LAX this week, hiding her eyes in shades as she checked in. Her movie The Young Victoria comes out on March 6 — will you see it or skip it?. While she was filming the period drama she answered a few questions about the movie, costume and process of filming. She swaps her real life boyfriend John Krasinski to play opposite Keira Knightley's boyfriend Rupert Friend, and here's what she had to say: 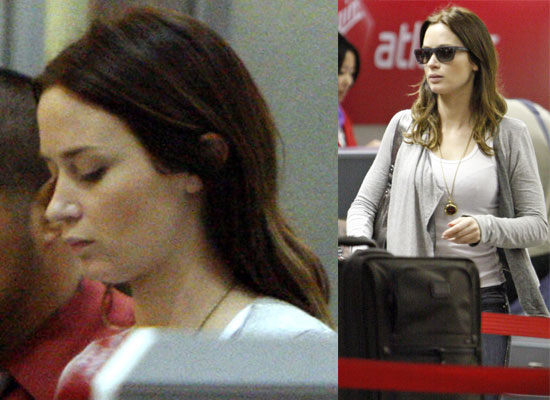 To read more of Emily's interview, where she talks about being chosen for the role, gowns and Keira Knightley's man Rupert Friend, just read more.

You can see the lovely Emily in her corset in the movie, when it's out on March 6!