Emily Blunt laughed and joked over coffee with her agent in LA a couple of days ago looking fab and slightly kooky in her sparkly tights. British actress Emily and her ex Michael Bublé split up in July, having dated since 2005 when she met him backstage at one of his concerts. He's been speaking out about his ex-girlfriend, saying that he will always love her and that they're still friends. 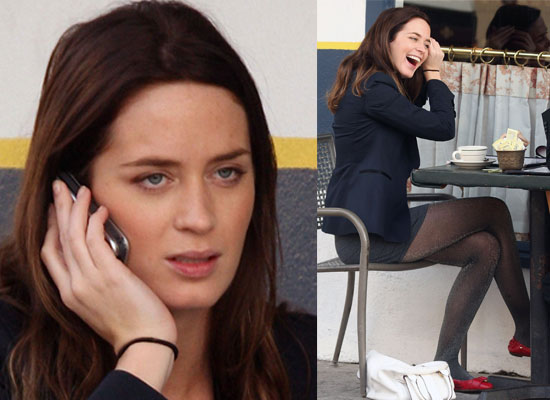 Emily was my favourite part of The Devil Wears Prada, and has Sunshine Cleaning coming up in which she stars alongside the equally likeable Amy Adams, but her personal life has been speculated upon further recently with rumours that she is dating The Office: An American Workplace star John Krasinski. If that is the case, I think they'd make an adorable couple!