Emma Bunton and her partner Jade Jones watched Melanie Chisholm in her first performance of Blood Brothers at the Phoenix Theatre in London last night, even though Mel had apparently banned her bandmates from her debut as she wanted time to perfect the role first. Melanie Brown was also out and about in London yesterday with her hubby Stephen Belafonte, and she responded to rumours about a TV talent search to cast a Spice Girls musical. She said: "Looking for girls to take over? It's a load of rubbish. But we will be doing something together very soon but my lips are sealed." What do you think the girls have planned? 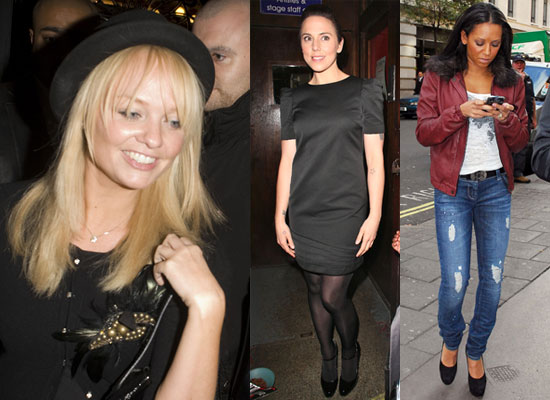