Emma Watson is the cover girl on the new issue of Elle magazine, and along with starring in a fabulously fashionable photoshoot, she exclusively opened up to the magazine about her life. She talks about her future, the money she earned at such a young age, defying expectations and her worries about going off to university. Here's some extracts from the interview: 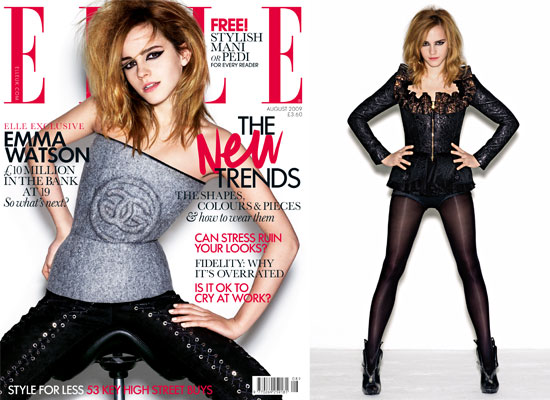 To find out what Emma has to say about her image and the future, just read more.

Emma's next movie Harry Potter and the Half-Blood Prince is out on 15 July, and you can read the entire interview in the August issue of Elle Magazine, out on Wednesday.