Emma Watson enjoyed a night out with friends at L'atelier Restaurant before the snow hit London this week. While we have to wait until 17 July to see Emma in Harry Potter and Half-Blood Prince, the actress is about to join Daniel Radcliffe to start filming Harry Potter and the Deathly Hallows before studying English and Philosophy at an Oxbridge or Ivy League college. Emma's also found time to chat with the Mail on Sunday's Live magazine about sexiness, nudity and university. Here are the highlights: 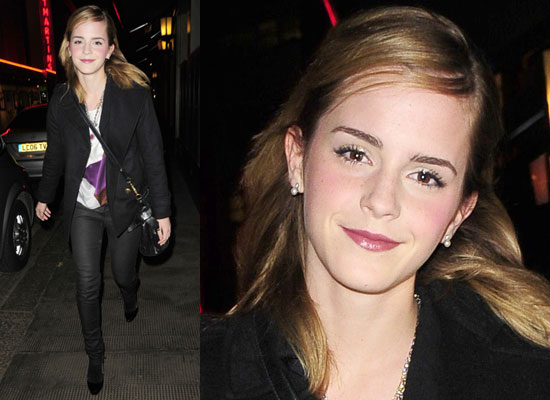 To find out what Emma had to say about the concept of being sexy, leading her life away from the cameras, and her plans for university, just read more.

It certainly sounds like Emma's keeping her feet on the ground, even with her huge success. You can read the full interview over at Live.