As we were introduced to the non-housemates of Big Brother 10 last night, former contestants celebrated the launch of the new series with a party at Embassy in London. BB8 winner Brian Belo was joined by his former housemates Charley Uchea, Jonty Stern, Gerry Stergiopoulos, Nicky Maxwell and Billi Bhatti, who wore a Peter Andre t shirt, no doubt referring to his recent claim he had a cyber-affair with Katie Price. They partied alongside BB9 housemates Rex Newmark, Darnell Swallow, Mohamed Mohamed, Alexandra De-Gale and Sylvia Barrie plus Rebecca Shiner and Stephanie McMichael, who wore t shirts poking fun at Shipwrecked. I wonder which contestants from BB10 will still be in the spotlight this time next year. 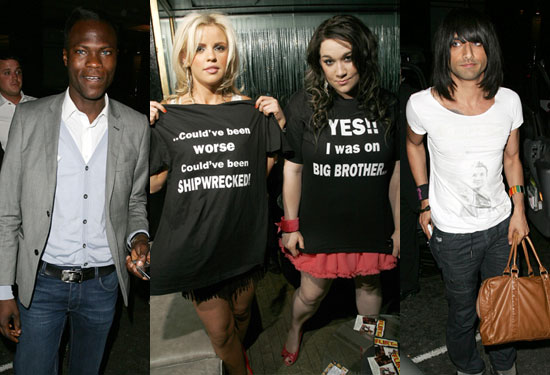