New panel show Celebrity Juice starts on ITV2 this evening, with Holly Willoughby and Fearne Cotton going head to head as rival team captains and Leigh Francis (as Business Man of the Year 1993 Keith Lemon) hosting. All three attended the ITV2 autumn season launch party last month, and I've been intrigued about the show ever since. Each week Holly and Fearne will be joined by celebs, and the two teams will compete to see who knows the most about that week's tabloid news — sounds like a pop culture version of Have I Got News For You! Will you be tuning in tonight? 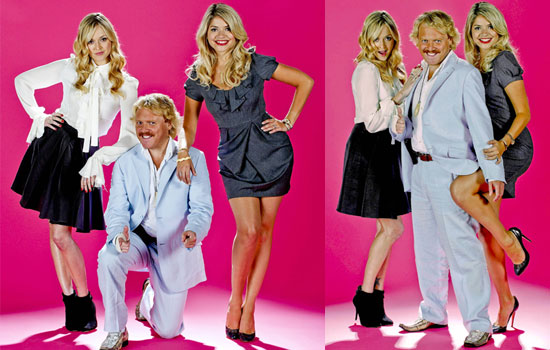