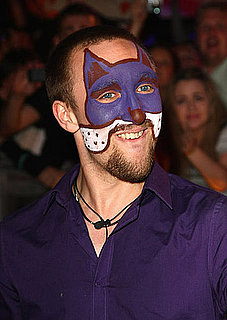 Freddie Fisher has become the tenth person to be evicted from Big Brother. He left the house with his face painted blue, explaining to Davina McCall in his interview that he was being "foxy Frederick".

Freddie was up against Marcus, and the majority of you thought Marcus was going, as did I. However, Freddie received 53% of the public vote. He had survived seven evictions, but he was confident this week he wouldn't leave, which is why Davina thought the public voted him out.

At least he left with his normal name restored, as his special treat from Big Brother was the removal of the name Halfwit! How do you feel about Freddie's eviction? He had been a favourite to win the show, so who could walk away the winner now?