Scotland played host to T In The Park at the weekend, with bands like Blur, Yeah Yeah Yeahs, Franz Ferdinand, The Ting Tings, and Razorlight performing alongside solo stars like Katy Perry, Lady GaGa, Paolo Nutini, Lily Allen and Calvin Harris. It wasn't all about the music though, as there was some pretty eclectic style choices from the artists present, FabUK has her rundown of all the fashion at the festival! Blur member Graham Coxon almost caused the band to pull out of headlining the weekend, when he came down with a bad case of food poisoning, but luckily he recovered and the show went on, even coaxing some sunshine out of what had been a mostly rainy day! 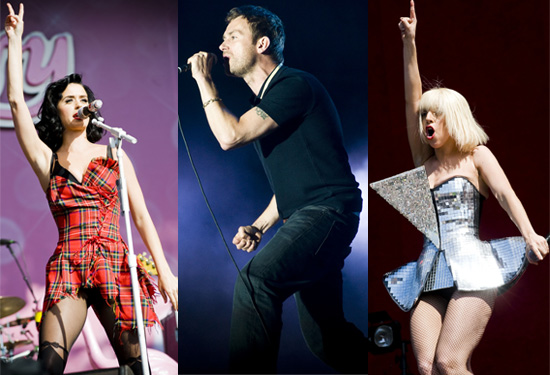