A whole host of stars including Rhys Ifans, Bill Nighy, Gemma Arterton, Sir Paul McCartney, Danny and Tom from McFly, Tom Sturridge, Jonathan Ross, and a very glamorous Geri Halliwell were out in force for the London premiere of The Boat That Rocked yesterday. It's the latest movie from Richard Curtis and tells the story of a pirate radio station in the 1960s. Nick Frost, Simon Pegg, Kenneth Branagh, Jack Davenport and Flight Of The Conchords' Rhys Darby join Bill, Gemma, Tom and Rhys in the celeb-packed film, which opens in the UK on April 1. Gemma looked stunning in her turquoise dress, but my girl BellaUK wants to know if you love her haphazard hairstyle, or hate it? 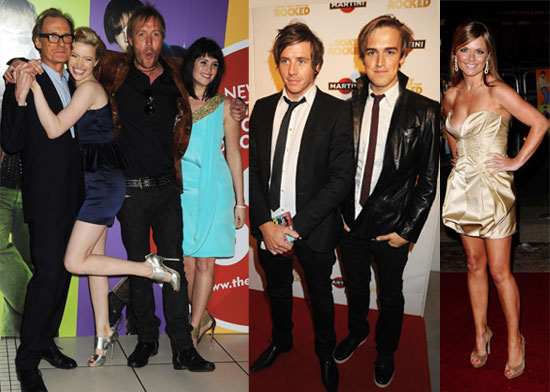 To see many more photos of all the stars at the premiere, just read more.