While we spent much of last week watching the stars line up along the runways at New York Fashion Week, this weekend London Fashion Week kicked off, bringing out a cascade of celebrities a lot closer to home. During the days there have been shows including Issa, TopShop Unique, Mulberry and more — check out FabUK's coverage of the clothes — and famous faces such as Alexa Chung, Peaches Geldof, Leigh Lezark, Olivia Palermo, Nicola Roberts, Roisin Murphy, Paloma Faith and so many more have been out to watch them. Kate Moss caused some buzz as she sat in a rather large hat alongside Sir Philip Green and his daughter Chloe at the TopShop show, leaving at the end with her man Jamie Hince. 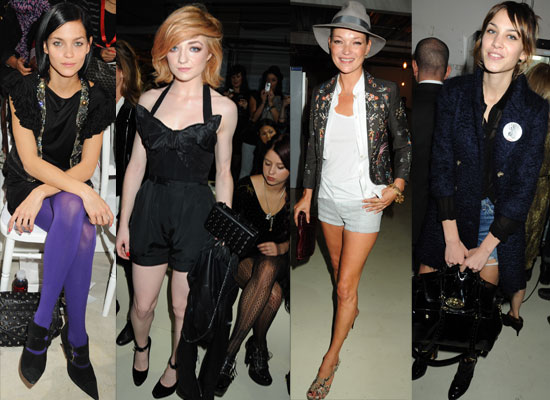 To see more photos of celebs at London Fashion Week, including Daisy Lowe, VV Brown and so many more, just read more.