Lacey Turner took home three awards for her role in Eastenders at the Inside Soap awards at Gilgamesh in London last night. Lacey won the Best Actress, Storyline and Couple (with Charlie Clements) awards, and the BBC soap managed to receive nine of the fifteen awards, beating rivals Coronation Street and Hollyoaks. 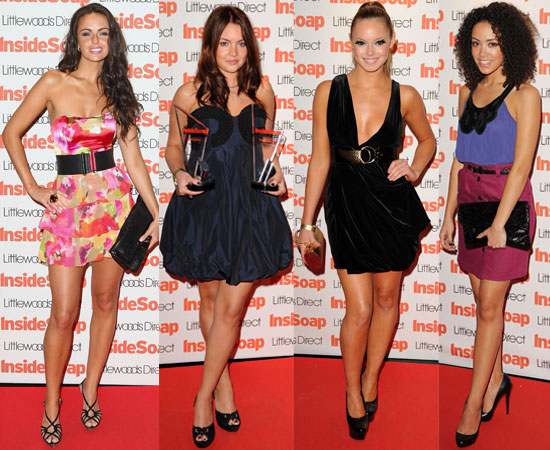 Jennifer Metcalfe and soap star Tointon sisters Hannah (ex-Hollyoaks) and Kara (Eastenders) were also looking glam, with Kara taking home the award for Sexiest Soap star yet again in her gold dress. Kara's costar Robert Kazinsky (aka Sean Slater) was named Best Actor as well as Sexiest Male. Do you agree with the winners?

To see more photos from the Inside Soap awards, just read more