Sienna Miller and her sister Savannah showcased their Autumn/Winter 2009 Twenty8Twelve line at London Fashion Week on Sunday, taking the traditional walk down the runway at the end for guests such as Erin O'Connor, Alexa Chung and Skins star Kaya Scodelario who sat next to Alexa in the front row! At PPQ's infinitely more colourful show Alice Dellal, Pixie Geldof and Daisy Lowe modelled clothes for an audience including Nicola Roberts. It wasn't just all girls, though — ex-Skins star Nicholas Hoult (who played Kaya's older brother) was also a fixture at a couple of Sunday's shows, attending the Aquascutum and Jaeger London events. 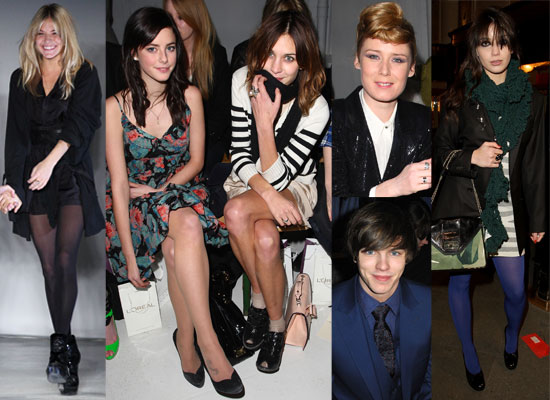