Bonnie Wright, Daniel Radcliffe, Emma Watson, Rupert Grint and Tom Felton were out in force at the New York premiere of Harry Potter and the Half-Blood Prince yesterday evening, promoting their movie alongside castmates Michael Gambon, Alan Rickman and Freddie Stroma. Gossip Girl's Michelle Trachtenberg also attended the premiere, as did Vanessa Williams, Mark Indelicato and gorgeous Eric Mabius from Ugly Betty. Gina Gershon and Lance Bass also took the opportunity to see the flick before it hits cinemas on July 15. With buzz reaching fever pitch among fans on both sides of the Atlantic, do you think the new Harry Potter movie could be even bigger than the others? 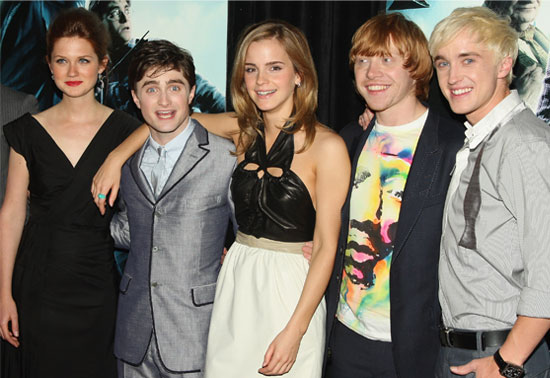 To see more photos from the New York premiere, including all the guests mentioned, just read more.