Back in May we took a look at the trailer for new movie Public Enemies, starring the gorgeous Johnny Depp, Marion Cotillard and Christian Bale, and last night London played host to the European premiere of the movie. Directed by Michael Mann, it's a 1930s gangster flick based on a true story, and fans were out in force last night to get a glimpse at the star of it all, Johnny. Other celebs attending included New Moon's Jamie Campbell Bower, Amelle Berrabah, and The Feeling, but will you go and see it when it comes out on Friday? 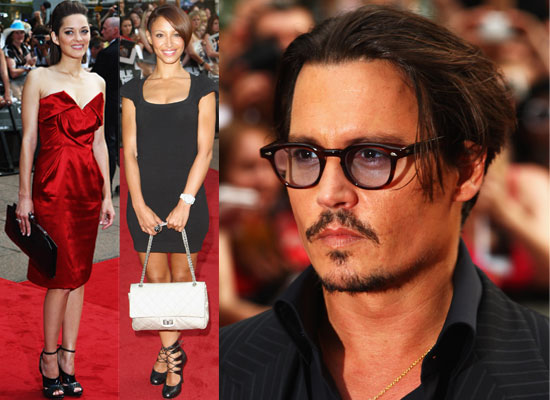