The 2008 MOBO Awards took place yesterday at Wembley Arena, attracting a star-studded lineup of guests, performers and nominees. Mel B hosted last night's ceremony, during which Estelle and Leona Lewis were among those honoured — check back later for photos from the show itself, as well as the full list of winners. There were some great frocks — I'm not sure about Mel's sci-fi inspired outfit — but I think Jamelia and Alesha Dixon looked absolutely stunning on the red carpet last night, get your opinions out there by taking Fab and Bella's polls! Estelle had this to say ahead of her MOBOs duet with John Legend: 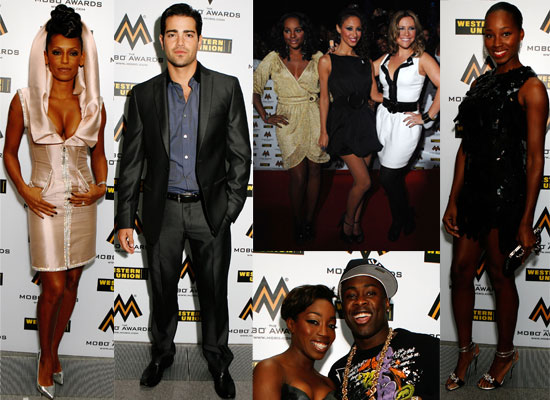 For more videos from the MOBOs go to t5m.com, and for more photos from the event, just read more.

BTS
BTS Just Covered "I'll Be Missing You," and Suddenly, We're Ready to Live Like It's 1997
by Grayson Gilcrease 4 days ago

Celeste
Celeste on the UK Government and the Music Industry: "I'd Rather Feel Fulfilled Than Censored"
by Navi Ahluwalia 4 days ago