Take That's most recent album is called The Circus, and Gary, Mark, Howard, and Jason are certainly taking all the fun of it with them as they tour the UK at the moment. Whether they're dressing up as clowns, dancing in the rain, or being carried by a spectacular animatronic elephant from the main stage to the centre of the stadium, the show looks like an absolute spectacle! The boys also show off some rather nifty unicycling skills — well, all of them except Gary who rides a kids' bike... with stabilisers. I'd love to know if you've been to see the show yet, so let me know if you have and what you thought! 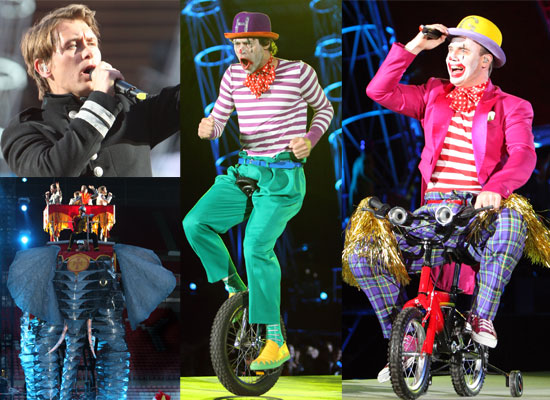