This weekend James Corden, Mathew Horne, Noel Fielding and a bunch of other comic folk took to the stage at the Royal Albert Hall in front of an audience including some of my favourite Skins castmembers. It was the final night of six days of successful events in aid of the Teenage Cancer Trust, including my great night at the Stereophonics gig last Thursday! Mathew and James dressed up as some of the characters from their TV show, while Noel did some of his bizarrely brilliant stand up. Nicholas Hoult took a night off from his play New Boy to see the show alongside his old castmate Kaya Scodelario, and my favourite current Skins castmember Jack O'Connell. What a fun night — and all in aid of a great cause. 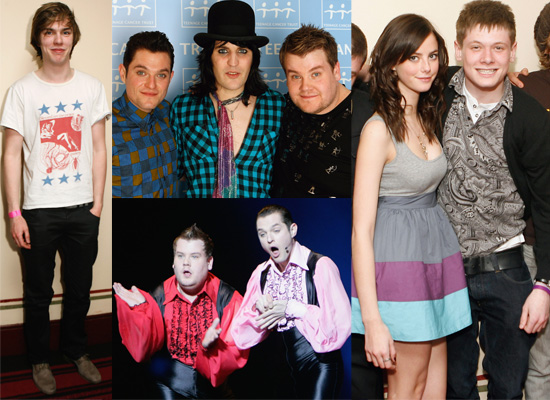