Lily Loveless, Megan Prescott and Kathryn Prescott from Skins were a few of the British stars out at the premiere of new comedy The Hangover last night. The cast, including gorgeous Bradley Cooper, Ed Helms, Zach Galifianakis, Justin Bartha and Heather Graham also attended to promote their film, fooling around outside the West End cinema by taking turns to be carried for entertainment of the crowd! Alex Zane and Moby were also among the guests at the premiere last night, check out the trailer and let me know if you'll be seeing it or skipping it! 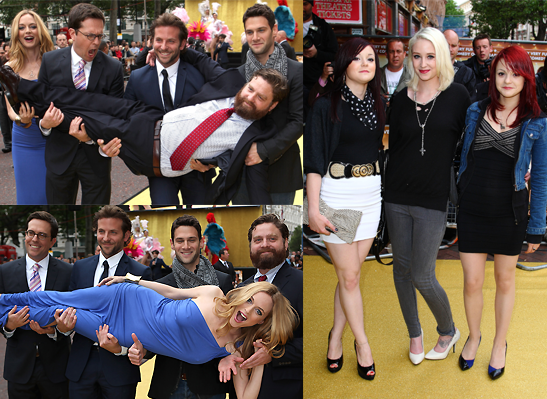 To see more photos from the premiere, just read more.