This weekend Leonardo DiCaprio and Kate Winslet were in town for the Revolutionary Road premiere in London's Leicester Square. Hot on the heels of her amazing Golden Globes success and two BAFTA nominations, Kate looked stunning in her skintight black dress as the Titanic twosome posed together on the red carpet. Leo said they'd been actively looking for a project to work on together since their first time teaming up onscreen, but nothing had appealed to them both until this book adaptation. 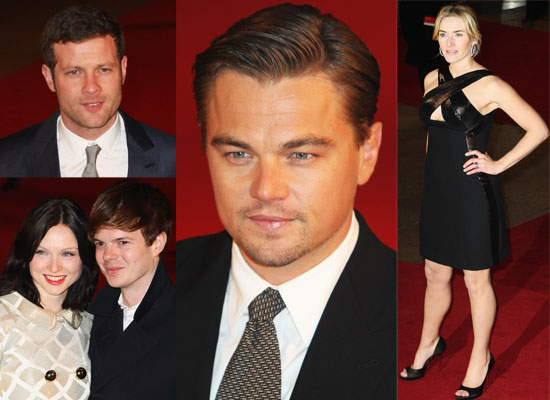 To see the rest of the photos from the premiere at the weekend, just read more