Star Trek fever hit LA yesterday at the premiere of the new movie, following the UK premiere just over a week ago! The film's stars, including Chris Pine, Eric Bana, Zachary Quinto, Zoe Saldana, Winona Ryder and Leonard Nimoy (in a cameo), showed up for the film, as well as plenty of celebs out to support the movie. Leighton Meester and Sophia Bush wore some inspired dresses, and Heidi Klum posed for photographers doing the famous hand sign! Seth Green, Neil Patrick Harris, Amanda Bynes, Hayden Panettiere, Emma Roberts, Matthew Fox were among the many other stars that attended! Will you go see it? 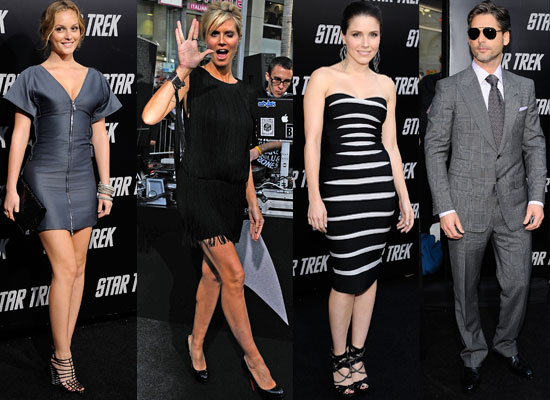 To see many more photos of all the celebs at the Star Trek premiere, just read more.