The men and women walked the Brits red carpet this evening, before taking their seats for the show. Geri Halliwell and Mel B accepted the Spice Girls' award for Most Memorable Performance of 30 Years (when Geri wore that dress), while Liam Gallagher threw Oasis' gong for Album of 30 Years into the audience! Dizzee Rascal was delighted to get his first ever Brit for Male Solo Artist, and Jay-Z received the International equivalent before his awesome performance with Alicia Keys. Dizzee's duet partner Florence Welch won British Album. 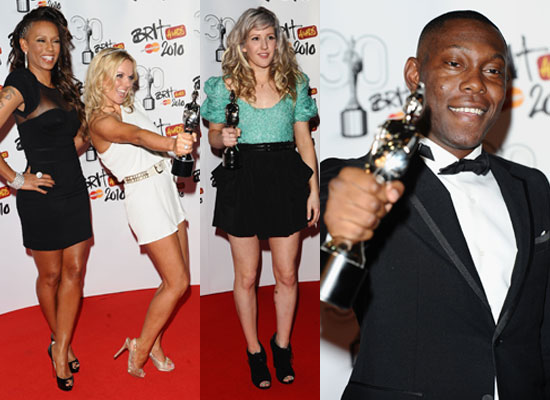 JLS won British Single and were named Breakthrough Act, while Lady GaGa received the International version after her tribute to Alexander McQueen. GaGa also won International Album plus International Female Solo Artist, and Lily Allen got the British equivalent (her first Brit), which she collected in an orange wig! Ellie Goulding was the Critics' Choice, Kasabian were British Group, and Robbie Williams was hounoured for his Outstanding Contribution. 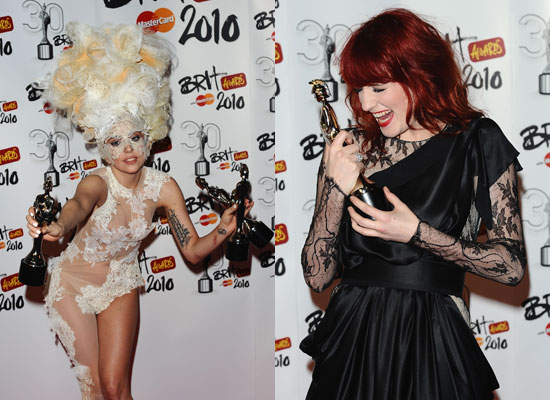 To see the full list of winners, just read more. 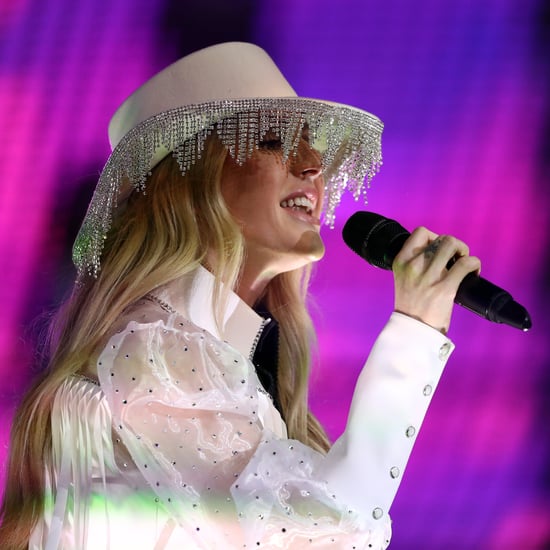 Celebrity Style
Ellie Goulding Wore A Sparkly Lampshade on Her Head, and We're Actually Loving This Look
by Kara Kia 29/11/19