Eddie Izzard hosted the Independent Spirit Awards last night in Hollywood, where some of the past year's best smaller movies are celebrated ahead of the Avatar led nominations at the Oscars on Sunday night! Carey Mulligan's movie An Education picked up best foreign film, while Precious won big with five awards. Check out the full list of winners under the cut! 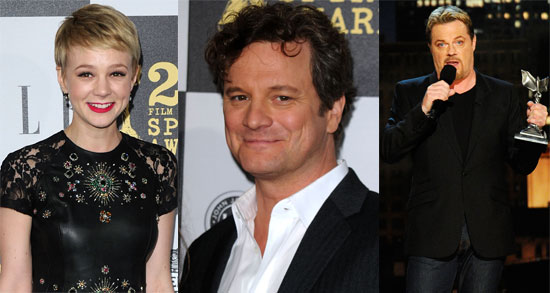 To see a list of all the winners, and lots more photos, just read more.

JOHN CASSAVETES AWARD (Given to the best feature made for under $500,000; award given to the writer, director, and producer)
Humpday

ROBERT ALTMAN AWARD (Given to one film’s director, casting director, and its ensemble cast)
A Serious Man