Gareth Gates was revealed as the new Joseph in the West End production of Joseph And His Amazing Technicolour Dreamcoat today, taking the coveted garment from current Joseph Lee Mead. Gareth will take on the role from February 9 2009, and Lee leaves the show on January 10. Taking on the West End is an exciting prospect for Gareth, who has always seen the show as an inspiration, he said: 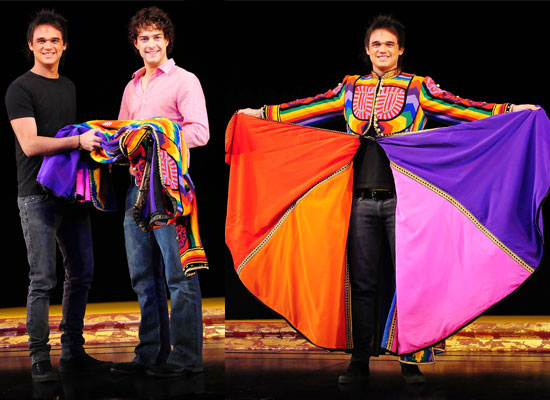 "I have a lot to thank Joseph And The Amazing Technicolor Dreamcoat for as it is the reason I first started singing, after being chosen to play the lead in a school production when I was eight years old. Ever since then it's been a dream of mine to appear in a West End musical. I am really honoured to be appearing at the Adelphi, stepping into that famous coat, and really can't wait to get stuck in!"

So what do you think — will you be going to see Gareth as Joseph next year?